How Much Does It Cost To Hire a Bodyguard?

The first question that may arise when contacting private security services is: "How much does it cost to have a bodyguard?" Indeed, it is a common misconception that having a bodyguard is a special privilege required only by presidents or celebrities stalked by obsessed fans. In reality, however, many people from different environments hire security companies for personal protection to withstand threats and provocations from all kinds of circumstances. 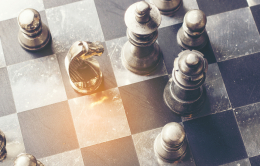 Some recent insights, in turn, let us find out how much business giants pay for security services and how many millions their companies outlay to keep their leaders safe.

Apple CEO Tim Cook's security expenses keenly billowed over the past few years to the incredible sum of $457,083. A financial report filed by Uber in 2020 said the company paid out around $600,000 in business and personal security expenditures for their CEO Dara Khosrowshahi. However, all these costs may seem relatively modest in comparison with security bills for Mark Zuckerberg.

According to the annual compensation report, Facebook spent around US$23.4 million on personal protection for their CEO in 2020, including US$13.4 on individual security and the annual allowance of US$10 million for his family's safety. Besides, the company also allocated an extra US$2.9 million on Zukerberg's private jets.

Undoubtedly, public data is just the tip of the iceberg, as the top richest can hide their exact security costs from prying eyes.

Factors Affecting the Cost of Bodyguards

"Why so expensive?" you may ask. First of all, that's because all these bodyguards are present 24/7 and 365 days a year to protect their clients.

However, according to recent research, 60% of all the clients only need security services for their leisure or business trips lasting from a couple of days to several weeks, which will be significantly cheaper.

Secondly, it's the quality of the services. There are a lot of cheaper companies that provide lower-quality protection. They typically send out their bodyguards (or close protection agents), who in most cases are basically trained and simply walk beside the subject waiting for the threat to emerge. Acies International, as a top-notch security company, strives for ultimate protection by implementing a complete safe "bubble" around the client, their family, or business to eliminate all signs of danger without getting close to them.

Remember, hiring a bodyguard through a professional security agency is the best way to be extra conscious of your safety, your beloved ones, and your assets. That's why cheap security should never even be a consideration.

We offer a bespoke bodyguard service  to each of our clients and are happy to answer all your questions or help you find effective solutions for your issue. Don't hesitate to get in touch with us via our social media accounts, email, or by completing the form on our website.
Contact us